A lack of English-speaking student activity offers in Oslo, led Cristiania Voinov to take initiative and start a theatre group for international students. In December they have their first premiere.

– I can’t speak for all the communities around in Norway, but I definitely felt there was a bit of a language barrier to me. I know Impro Neuf has an English-speaking community, which is great, but I wasn’t particularly into improv, and I know other international students here in Oslo that wants more structured theatre, Cristiania says.

Teater Neuf International
Being a student, Cristiania figured out it would be smarter to build a student theatre group right out of the University in Oslo.

– I wanted to build a community for anyone that might feel like me, wanting to be in theatre, but being unable to find that space because of the language barrier.

Originally, the group was called UiO dramatic society, but after watching “The Mousetrap”, an English performance by Teater Neuf earlier this year, she chose to start a collaboration with the drama-group at The Norwegian Society at Chateau Neuf, naming themselves Teater Neuf International.

– We brought forward a proposal of merging the two groups so that one could become like a sister organisation. So even though we are our own thing, we collaborate and share space with Teater Neuf, Cristiania says.

God of Carnage
In December, they have their first performance on stage. The play is named God of Carnage, written by Yazmina Reza. The play is about two couples meeting up to discuss a fight between their sons.

– It’s a play about manners, but without any manners. The couples clearly have their own agenda, and they really think of themselves like having the right position and being morally above the other couple, and yet slowly and surely, we see it begin to unravel into chaos, she says.

The play was first presented in London in 2008, and Nationaltheatret in Oslo followed up in 2010 titling the play «Blodig Alvor». Cristiania hopes the audience will feel entertained and find the performance by the student theatre group funny.

-It’s clear you’re not supposed to like these characters, and you’re also supposed to wonder if you could be like one of them. I hope the audience get a feeling of self-reflection, wondering who they are, and how they talk to or treat their partner.

Accessibility and facilitation
Even though she understands why the Norwegian language tends to be prioritised, she wishes for facilitation of the English language to include more nationalities, especially in the student community.

– Just having these little moments of accessibility, you could get a better understanding. I’m beginning to see that slowly happening with for example Teater Neuf having a part of their website in English, so that accessibility is slowly getting built in, but it will take time. And obviously initiatives like Teater Neuf International that specifically gear towards everyone.

Because they missed SiOs association day this semester, Teater Neuf International didn’t get the chance to market themselves as well as they wanted to. Cristiania hope they will be a larger group next year, so they can have larger casts and plays, and even workshops. Even though God of Carnage has its premiere 4th of December, they already have plans about upcoming shows.

– We’re doing a spring musical for next semester. The title will not be revealed just yet, but it is a quite known musical, she says. 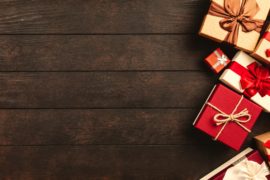 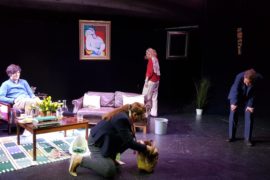 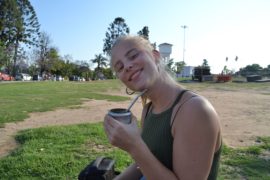